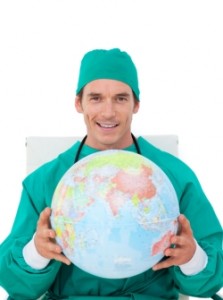 Blood laboratory work is often an important part of assessing and diagnosing your current health issues. But more than just identifying current disease states, laboratory tests can be used preventively to identify sub-clinical diseases hidden from normal view that represent degenerative health problems early on, before they develop into full-blown diseases. New patients come to me frequently saying, “My doctor says my blood work is normal, but I still don’t feel well.” In over 20 years of clinical practice, I have discovered that most medical doctors rarely order anything beyond “routine” standard lab panels and only review the results of these for blatantly high or low abnormal values.

There are several problems with this approach. Although standard lab panels give a good general glimpse into your health, they do not include other important predictive factors for disease. For example, while cholesterol and triglyceride levels are helpful for considering heart disease, homocysteine and CRP are also predictors of heart health that are not included in a standard lab panel. A standard lab panel may not identify issues specific to your symptoms and current health concerns, which may require additional specialized tests that would require many doctors of different specialties to uncover.

The predominant medical health care approach is more of a disease-care approach, in which you are only treated once you have a disease like cancer, diabetes or atherosclerosis. In contrast, the blood detective approach that I have developed is to not used only to look for signs of obvious disease, but also to look at trends and clues that your blood offers. These aren’t included in superficial lab tests, even tests done by many medical specialists, but are found by comparing you to healthy people and not the “average” person.

The predominant medical health care approach is more of a disease-care approach, in which you are only treated once you have a disease like cancer, diabetes or atherosclerosis.

By comparing your lab values to healthier, narrower ranges and looking for hidden, abnormal results that are on the high or low end of normal, you are treated preventively, through nutritional supplementation and dietary and lifestyle changes, to improve your health, symptoms and reverse developing illness before it is far gone. It is always easier and smarter to prevent a problem than to treat it once it is a full-blown disaster.

Here’s an example: diabetes is increasingly prevalent among adolescents and adults. An internist or endocrinologist looks at a lab test known as HBA1C or glycosylated hemoglobin for an abnormally high value of 6.5 percent or higher to diagnose and treat a patient for diabetes. In my practice, anyone with an HBA1C greater than 5 percent is placed on a special health plan and nutritional supplements that promote weight loss, lower blood sugar and support healthy insulin production and kidney function–reversing the early or midstream diabetic problem.

As another example, many women come to me complaining of weight gain, difficulty losing weight and fatigue. Their medical doctors have ordered a CBC to check their blood for anemia, TSH and T3 to check thyroid function and are told that all is “normal” and there is nothing for them to do. In my assessment, I would not only check CBC, but other important blood markers to diagnose any of over a dozen different types of anemia’s that could be the culprit. I would consider total thyroid hormone, T3, T4 and TSH (thyroid stimulating hormone), as well as other important hormones that are directly involved with healthy thyroid function, like the hormones testosterone, progesterone and DHEA. I would review these results not only for obvious abnormal highs or lows, but for sub-clinical highs or lows, so that I could offer treatment both for obvious disease and deficiency and to prevent discovered trends and patterns leading toward disease and deficiency.