Reproductive health is one of the major concerns in U.S. According to information available from the Centers for Disease Control and Prevention (CDC), infertility is a common problem. More than 6% of women (15-44 ages) are unable to get pregnant in in the country. Additionally, 11% of women (15-44 ages) have difficulty getting pregnant (technically termed impaired fecundity).

Assisted reproductive technology (ART) is an ideal alternate for giving birth in such cases. Especially, invitro fertilization (IVF) or using donor eggs is emerging as a vital trend across numerous states including Atlanta.

Choosing to become an egg donor is an intense and personal decision. Despite of the large number of applicants each year, it should not be taken lightly, no matter how economically rewarding the package seems on paper.

You just can’t walk into a clinic and offer your eggs. There are number of regulatory steps which we are going to assess. Additionally, there are many factors to consider with regards to the eligibility.

Atlanta, among other cities, has been strong with regards to the regulatory framework of healthcare. Whether its legislation or incentives, the city has been proactive. Just recently, provisions have been made for insurance related to egg donation.

The kind of services for egg donation Atlanta provides often includes counseling by trained practitioners who explain to qualifying patients what the screening procedure entails and how the process will play out. Certain physical and psychological parameters are checked at the initial stage, including: education, body weight, appearance, family health screen and any predisposed illness. These are pre-screening evaluations.

Education is more linked with the case that parents have asked for specific attributes. In the same way, appearances can also be made part of the pre-screening. Any genetic illness immediately disqualifies the donor. There’s also a 20 page (or so) application form to fill out.

The target of the application form is to psychologically assess the donor and come to know of their basic history (family/personal) and also general liking/disliking. The entire procedure can last from two to four months. 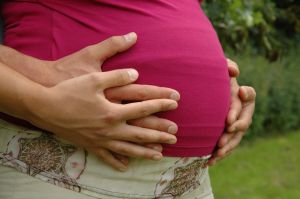 Normally an agency would coordinate between the donor and the recipients. The requirements of the recipients are the deciding factors, so the information provided should be as accurate as possible. As per Atlanta laws, a lawyer is necessary to draw up a contract. The donor agency has the liability to perform blood, drug and related screening tests.

The central health care body in Atlanta also recommends a vaginal ultrasound to count the follicles (the place where ovary has the egg). So, at the first level, there is a lot of paperwork. The donor should always go through it carefully because some provisions may not be in favor.

For instance, recipients reserve the right to withhold payment if the donor egg doesn’t cause the women to become pregnant. In the same way, the recipient female’s husband/partner should have a sperm count done. Such measures are necessary for the financial protection of the donor.

Egg donation in Atlanta has to be accomplished as per the protocols approved by the National Institute of Health (NIH). For instance, IVF programs in Atlanta require a mock cycle for the recipient. In this case, medication is given followed by ultrasounds and blood work to confirm that the donor’s uterine lining is appropriate to support a pregnancy.

After that, coordination of menstrual cycles of the donor and recipient takes place. This is usually done via birth control pills or Lupron shots. The date of the egg retrieval is done by checking the size of the donor’s follicles. The doctor is authorized to give a shot of HcG which triggers the process of ovulation. The egg is retrieved normally 30 to 35 hours after this procedure.

At the same time of egg retrieval, semen sample is also collected. Sperm is added to the eggs on the same day. The following day, a fertilization report would be generated. The embryos that form are maintained in the lab for a period of 2 to 5 days. The donor’s job is completed at this point. Next, the recipient prepares for the embryo transfer.

During the last six years, the number of egg donors in the U.S has increased by more than 20 percent according to the Society for Assisted Reproductive Technology. Although more women are applying, the process is quite selective. In regards to egg donation in Atlanta, one out every 50 women who apply is selected after screening procedures. 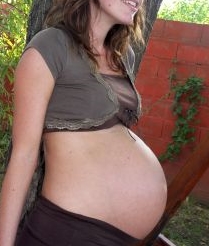 The compensation that is provided for egg donation varies per state. In the case of Atlanta, the donor compensation is dependent on the individual agency’s policy, donor’s education, travel and if the woman is a repeat donor. Generally the indigenous Egg Donation Program pays first time donors somewhere around $7,000 to $8,000. The payment for second time donors varies more but approximately $2,000 is added for each subsequent donation.

Remember that whatever has been described earlier is an elaborate procedure and awareness is key. The donor should be very careful and aware of the legal provisions. The technology of invitro fertilization is comparatively newer (20 years old) and insurance companies in Atlanta are often skeptical when a donor opts for a second time. You can also consult a qualified gynecologist before deciding to become an egg donor.