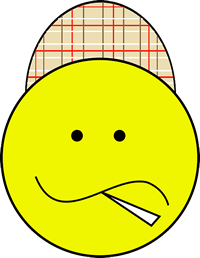 There it goes again…and again…and again. It is the sound that grates on your nerves at the same time it rips out your heart: your child’s cough. But, it may be trying to tell you something—if only you’ll listen.

Barking: It may be croup. Croup is a viral illness that causes swelling and inflammation of the vocal cords. The cough sounds like a bark, and may also be accompanied by stridor—a harsh, high-pitched wheeze—when breathing in.

Whooping: It may be pertussis. Commonly known as whooping cough, pertussis is a contagious respiratory illness. It can cause coughing fits in which children are forced to inhale with a loud “whooping” sound as they gasp for breath.

Staccato: A repetitive cough with short, staccato sounds is a characteristic sign of the lung infection chlamydial pneumonia, especially in infants.

Dry: A persistent, dry cough may be a symptom of asthma, a disease affecting the lungs.

Wet: The common cold often produces a wet, productive-sounding cough with mucus or phlegm behind it.

Dr. McGee advises caregivers to resist the temptation to medicate children with a cough suppressant. Doing so, he warns, may do more harm than good in most cases. However, if your child has had a persistent cough for a week or more, don’t write it off as the common cold. Dr. McGee suggest to make an appointment with a pediatrician to determine if something else is going on, especially if your child appears ill and is working hard to breathe.