This article was provided by PRWeb. What are your thoughts, please share in the comments section below….. 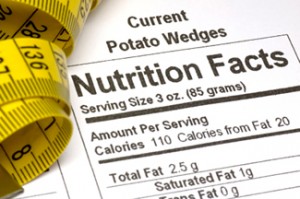 The results of recent studies show that calorie labeling might be one of the most effective tools in preventing excess calorie consumption and weight gain. While the updated version of the nutrition label is under reconstruction and being heavily debated, The Calories In, Calories Out Cookbook recently launched as the first and only cookbook to include both calories in and calories out values.

Catherine Jones and Elaine Trujillo, MS RDN, authors of The Calories In, Calories Out Cookbook (The Experiment), were ahead of the game when they decided to add a “calories out” value to each of the 200 recipes in their book. They give values for the average amount of time men and women need to walk or jog to burn off each dish. A few months following this bold and novel approach to their calorie-focused cookbook, studies emerged showing that calories out do in fact make a difference on how many calories young people consume.

Researchers at Johns Hopkins University conducted a [study published in the American Journal of Public Health that proves that telling teens how much time it takes to burn off calories through exercise is a persuasive tool to getting them to consume less calories. The study involved black teenagers in Baltimore who consume on average more than twice the recommended daily intake of sugar-sweetened beverages. It measured the sugar, calories, plus the calories out of soda labels. In other words, 250 calories will require walking five miles. “Our results showed that providing information in the form of miles of walking to burn off a 20-ounce bottle of soda or fruit juice had a modest, but significant effect on reducing the number of calories compared with other relative information in the form of minutes of running and teaspoons of sugar.” 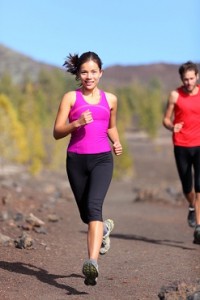 The study was conducted in the only university residential hall, located a 20-minute walk from the closest grocery shops or eateries. The menus and meals were identical in Year 1 and Year 2. The calorie-labeling information was provided at the evening meal, the main meal of the day. Calorie-labels were posted prominently at the point of serving, and reinforced by posters in the dining hall. The caloric contents of evening meals varied from 247 to 2,230 calories from starters, main courses, and desserts, plus any side dishes such as vegetables, rice, potatoes, and chips. The study found that in Year 1, when there was no calorie-labeling, there was a weight gain of 3.4 kg. In Year 2, when there was calorie-labeling in place, students lost 0.16 kg, or essentially maintained their weight.

Bottom line: What these two studies point out is the cause-and-effect of calorie labeling on food choices, which seems to resonate with teens and college students. More studies are needed, but for now, these initial findings point to the positive outcomes of calorie labeling, especially in early adulthood, a critical life-cycle period for unwanted weight gain and obesity development.

CATHERINE JONES is the award-winning author or coauthor of numerous cookbooks including The Calories In, Calories Out Cookbook, Eating for Pregnancy, and Eating for Lower Cholesterol. She is the co-founder of the nonprofit Share Your Calories, an app developer, blogger, and a freelance journalist.

ELAINE TRUJILLO, MS, RDN, is a nutritionist who has years of experience promoting nutrition and health and has written numerous scientific journal articles, chapters and textbooks.