This article is provided by the Baylor College of Medicine, please share your thoughts below….. 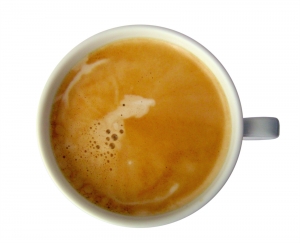 Modest daily consumption of caffeinated drinks is associated with less advanced liver scarring in people with hepatitis C, according to a recent study by Baylor College of Medicine researchers that appears online in the journal Clinical Gastroenterology and Hepatology.

Dr. Hashem El-Serag, chief of gastroenterology and hepatology at Baylor and at the Michael E. DeBakey Veterans Affairs Medical Center and lead author of the study, said the results showed that the risk of liver scarring in hepatitis C patients was decreased when individuals regularly consumed caffeinated coffee, and to a lesser extent tea and soda.

“We found that participants who drank caffeinated coffee daily had the best results,” he said. “This is most likely do to the fact that one coffee drink has more caffeine than tea or sodas.”

He said the researchers saw no benefit to patients who drank decaffeinated coffee, tea and soda.

This cross-sectional study consisted of 910 participants aged 18 to 70 years of age with confirmed hepatitis C who were not receiving antiviral therapy.

“We specifically chose to study hepatitis C patients because they are at an increased risk for hepatic fibrosis (liver scarring), and there is limited data on the effects of coffee or caffeine on the progression of scarring within this patient population,” said El-Serag, also a member of the Dan L. Duncan Cancer Center at Baylor.

Liver scarring can lead to cirrhosis of the liver, liver failure and liver cancer, and may require liver transplantation.

Of the participant study population, 37.6 percent of them had advanced liver scarring while 62.4 percent had milder scarring. Participants with advanced fibrosis were significantly older, more likely to have type 2 diabetes and were more likely to be overweight or obese.

“Most participants reported drinking caffeinated coffee, and about half of those drank one or more cups of coffee per day,” El-Serag said. “Patients with milder liver scarring had a higher average daily intake of caffeinated coffee compared to those with more advanced cases.”

“An estimated 100 milligrams of caffeine from coffee, tea or soda was associated with approximately one-third reduction of advanced scarring, and higher consumption didn’t produce an additional benefit,” he said.

Others who took part in this study include Natalia Khalaf, Donna White, Fasiha Kanwal, David Ramsey, Sahil Mittal, Shahriar Tavakoli-Tabasi and Jill Kuzniarek, all of Baylor.