Earlier this month…..This article was supplied by PRWeb, but I wanted to share this positive news with the Your Health Journal readers, especially those who may have attended MSU. I also received my Master’s degree from this University! 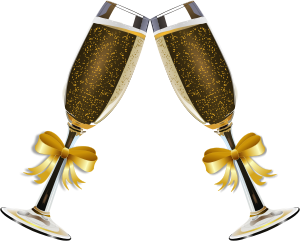 On November 1, 2014, Montclair State University will celebrate a decade of stellar performances at the Alexander Kasser Theater, a cultural institution that has garnered regional, national and international recognition for serving as a home for the world’s most visionary talents and an incubator for the next generation of innovative performing artists.

Richard Alston, dubbed by The Times of London “our most musical choreographer,” makes a triumphant return to Peak Performances after the enormous success of his last visit, when The New York Times named Richard Alston Dance Company’s Unfinished Business as the year’s best dance performance. The 2014 engagement includes the American premieres of two new works created for the Benjamin Britten centenary, Rejoice in the Lamb and Holderlin Fragments, along with the reprise of Unfinished Business and 1994’s Illuminations, set to Britten’s song cycle based on poems by Rimbaud.

“The 10th anniversary celebration will help us to ensure a vibrant future for the Alexander Kasser Theater,” says University President Susan A. Cole. “It is a jewel of a theater and a state-of-the-art home for dynamic, breathtaking and thought-provoking performing arts.”

Mary Kasser Mochary and Rose Cali are co-chairs of the gala event committee. Mrs. Mochary, along with her brother, I. Michael Kasser, and her two children, Alexandra Bergstein and Matthew Mochary, made a joint gift of $4 million in 2002 to name the Alexander Kasser Theater after her late father, an international philanthropist, art lover and one-time Montclair resident. A member of the board of directors of the John F. Kennedy Center for the Performing Arts in Washington, DC, she served as mayor of Montclair from 1980 to 1984.

Mrs. Cali, founder of the Yogi Berra Museum and Learning Center at Montclair State and the current co-chair of the Montclair Art Museum’s Board of Trustees, is a longtime member of the University’s Board of Trustees and chairs the John J. Cali School of Music Advisory Board. Mrs. Cali’s late husband is John J. Cali, for whom the School of Music is named. In 2008, the Cali family made a $5 million gift to name the school.

Since the theater’s inaugural evening on October 7, 2004, when dance great Mikhail Baryshnikov became the first artist to step onto its stage, the Kasser Theater has hosted 170 productions, including 26 specially commissioned works, 34 world premiere and 35 American premiere performances. Kasser audiences also have enjoyed more than 350 performances by Montclair State students.

The Kasser Theater and Peak Performances 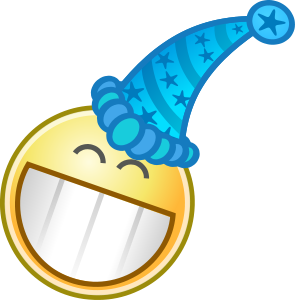 The 500-seat Kasser Theater initially was conceived as a venue that would honor the late Alexander Kasser by providing dynamic cultural opportunities to University students, the community and the State of New Jersey. Today, artists from around the world are drawn to the energy at the Kasser, choosing to debut important new works here through the theater’s Peak Performances series, formed in 2005 under the artistic direction of Jedediah Wheeler, executive director for Arts and Cultural Programming.

Mikhail Baryshnikov was the first of many world-class artists who have found a creative home at the Kasser Theater, which presents a new program of Peak Performances each year. In the past, celebrated Tony Award-winning choreographer Bill T. Jones created three full-scale works – Blind Date, A Quarreling Pair and Story/Time – at the Kasser. MacArthur Fellow and Bessie Award-winner Susan Marshall developed Adamantine at the theater. Noted performance artist Laurie Anderson and San Francisco’s Kronos Quartet collaborated on stage on Landfall, a multimedia exploration of Superstorm Sandy’s destructive power in 2012.

New York Times dance critic Charles Isherwood, in a piece about the American premiere of The Investigation by Peter Weiss, wrote, “Would it be too much to ask that Montclair State University move to Manhattan?…[in doing so] the quotient of innovative international theater would double overnight.”

A native of Budapest, Hungary, Alexander Kasser directed the Swedish Red Cross during World War II, working to save hundreds of Jews and political targets from persecution. Together with his wife, Elisabeth, he supported the rescue efforts of Raoul Wallenberg whose heroic actions helped save tens of thousands of Jews in Nazi-occupied Hungry in 1944.

A leading innovator in Europe’s paper industry, Kasser resumed this career after immigrating to the United States after the war. In 1969, the Kassers and their children, Mary and Alexander, created the Kasser Art Foundation, which is dedicated to supporting art and music around the world.

“The Kasser is more than a theater that happens to be located on a college campus,” said Cole. “Over the past 10 years, it has become a model for university-based theaters across the country. Professional artists develop works with student involvement in both performance and production, while our talented students have found a wonderful home on the Kasser stage.”

Reflecting Montclair State’s enduring commitment to making live arts performances an integral part of the University experience and accessible to the public, students can see every performance for free and attendees pay just $20 per ticket for an outstanding line-up of performances.

For more information about the gala, please visit montclair.edu/kasser-gala.

– Montclair State University…..Building on a distinguished 106-year history, Montclair State University is proud to be a leading institution of higher education in New Jersey. The University’s six colleges and schools serve over 20,000 undergraduate and graduate students in more than 300 doctoral, master’s, and baccalaureate level programs. Situated on a beautiful, 250-acre suburban campus just 14 miles from New York City, Montclair State delivers the instructional and research resources of a large public university in a supportive, sophisticated and diverse academic environment…..montclair.edu