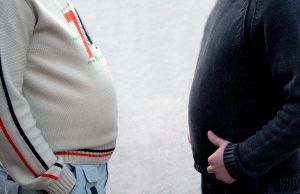 As we are well aware, obesity is a national epidemic. Even the U.S. government recognizes it as a disease. However, despite out awareness and the ample supply of “diet” foods on the market, the number of Americans who are overweight or obese is continuing to rise. Until recently, it was believed the consumption of high amounts of fat was the main factor responsible for the problem. Recent studies, however, show that sugar can be just as dangerous. The FDA considers pure sugar to be a safe food at the recommended level of consumption. The problem is that Americans are consuming two to three times the recommended amount and in various forms, such as high-fructose corn syrup. For example, about half of the population consumes sugary beverages on daily bases.

Soda manufacturers have taken steps to limit the amount of added sugar in their beverages. As a result about 45 percent of all non-alcoholic beverages purchased today have zero calories. Still, despite the industries self-regulation, in February 2013 the Center for Science in the Public Interest filed a petition with the FDA to regulate the amount of sugar allowed in soft drinks.

The petition is supported by 41 nutrition scientists who have shown that sugary beverages account for half the sugar we consume. High levels of fructose, corn syrup, sucrose and other added sugars can contribute to: 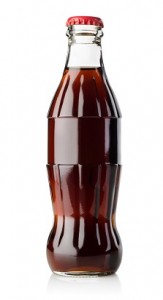 On the other hand soft drink producers argue that reducing the amount of sugar in their products is not going to solve America’s obesity problem. The measure would be truly effective if sugar restrictions would be applied also for cereals, baked goods, or other processed foods.

For morbidly obese individuals gastric bypass surgery is often their last resort after years of diet and exercise programs have failed. The surgical procedure is recommended only for individuals with a body mass index of 40 or greater. The procedure works by reducing the volume of the stomach and bypassing most of the stomach and the small intestines. The procedure is meant to help morbidly obese individuals to reduce their weight by eating less and absorbing fewer calories. Most patients, who follow their doctors’ advice, will lose 60 to 70 percent of their excess weight in one year following surgery. Although gastric bypass surgery has a high success rate, in order for the individual to lose weight and avoid gaining it back, adopting a new diet and making lifestyle changes is required.

Patients should consume nutritious foods in small amounts, and, of course, avoid consuming large amounts of sugar in any form. Aside from the health problems associated with excess sugar, gastric bypass patients have another concern. With bypass patients, sugary foods pass rapidly into the intestine resulting in a very unpleasant condition called the “dumping syndrome”. In its attempt to dilute the sugars the body will flood the intestines. The affected individual will experience symptoms similar to those of hypoglycemic reaction, including: 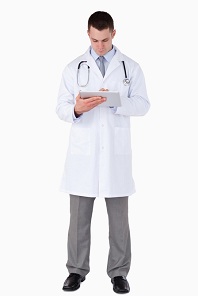 Even before a gastric bypass surgery is performed, patients should discuss their new diet with their surgeon or nutritionist. The diet prescribed for each patient can be slightly different and it should be respected as prescribed. However some general advice applies to all patients:

• avoid drinking liquids for at least 30 minutes after every meal

• make sure to consume fruits, vegetables every day

Besides respecting these dietary tips performing regular physical exercise is also recommended as it is efficient not just for losing weight but also for increasing muscle tone and firmness.

– Dr. Jeremy Korman – medical director and chief surgeon at L.A. Bariatrics, a bariatric program and surgery center of excellence within Marina Del Rey Hospital. Together with his team Dr. Korman helps patients overcome the obesity and other heal problems related to it by offering a wide range of bariatric surgery options including: gastric sleeve, gastric bypass, lap-band and gastric plication.