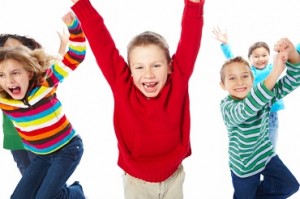 You’re in your least favorite aisle of the grocery store: Aisle 5. That’s the candy aisle. Your four-year-old daughter is screaming at you full blast because she’s very upset that you will not allow her to have the candy bar she had sweetly pointed out. She’s stuck in the cart, but you’re sure she can be heard throughout the store. It feels like a crowd is slowly gathering to see how you’re going to handle the situation.

Of all the behavioral problems parents face from their children, temper tantrums are probably the most upsetting as well as the hardest to manage—especially in public. Major meltdowns may also be the most potent tool kids have when it comes to training their parents to do what the children want. Moms and dads who fear tantrums have an extremely difficult time maintaining control of their own children—at home and away.

Kids’ meltdowns often produce a painful feeling of temporary insanity in parents. This awful feeling, in turn, can produce horrible screaming matches and sometimes even physical abuse. But the next time you are faced with a child’s tantrum, consider making two new and drastic changes—one in the way you think and the other in what you do.

Drastic change #1 is understanding meltdowns differently. Tantrums are normal. They occur most frequently in children ages about one to five. Kids’ tantrums are usually a reaction to good parenting (setting rules and boundaries and sticking with them), not a sign that mom or dad has done something wrong.

The kids want a lollipop at 6:30 a.m.; they don’t want to go to bed at 9 p.m.; or they want to play Angry Birds right at dinnertime. Since parents can’t—and shouldn’t—give children everything the youngsters want, the kids will often protest by grumbling, whining or melting down. The critical issue here is what a parent does if the child “decides” to blow up.

That brings us to drastic change #2. Surprisingly, talking and reasoning after a child starts grumbling or protesting are sure ways to bring on a meltdown! Why? Because children perceive parents’ reasons and explanations as parental whimpering—sure signs that the parent doesn’t know what he or she is doing.

Usually the kids are correct in this assessment! Often parents are, in fact, bewildered and confused by kids’ meltdowns. The older folks just want the yelling to stop. So? So, sensing weakness in mom or dad’s resolve, the kids decide to go for the gold (whatever it is they want at the time) and they blast away. 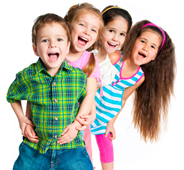 The absolutely necessary alternative to whimpering is “Checking Out” and utilizing the “10-Second Rule.” When a child whines or melts down after a denied request, the parent has 10 seconds to gently disengage. No talking; no eye contact; and increase physical distance as much as possible. Parents’ checking out will surprise and bewilder the little ones initially. For some children, brief consequences may also be helpful. But soon the kids will begin to realize that tantrums get them only one thing: Nothing.

Can you apply these strategies in public as well as at home? Not only can you, you must! Feeble attempts at reasoning or distraction in a restaurant or grocery store will bring on World War III in no time at all.

If you are fed up with kids’ meltdowns and all the useless yelling, arguing, begging and pleading that accompanies them, use this brief, easy-to-learn and effective approach and enjoy the results.