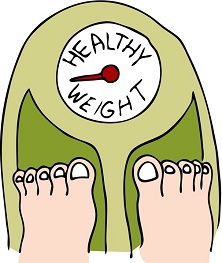 From Your Health Journal…..”Another great health article from The Guardian out of the UK by Sarah Boseley entitled Number of people hospitalized because of weight triples in five years. Obesity is on the rise all over the world, and in the UK, they are aware of this problem, as many of their published articles have addressed this issue. Obesity related illnesses is also on the rise, including heart disease, type 2 diabetes, cancer, and weak joints. Now, reports from the UK are stating that the number of people admitted to hospital because of their obesity has more than tripled in five years. Action on obesity needs to include local authorities using their powers to control the numbers of fast-food shops, particularly around schools. We must also see much more work to maintain nutritional standards, and to educate young people about nutrition and cooking basic foods. Parents also need support and information. Please, visit the Guardian web site (link provided below) to read the complete article. I always try to support and promote their great articles.”

The number of people admitted to hospital because of their obesity has more than tripled in five years, according to the latest official NHS figures.

The scale of the obesity crisis is clear from the latest data from the NHS Information Centre, which shows that almost all the indicators for the future of the crisis are still pointing the wrong way.

Almost a third of children aged 2-15 were overweight or obese in 2011 – 31% of boys and 28% of girls – but that is little changed on the previous year, and there have been suggestions that the rise is levelling off. Measurements at primary school show that 9.5% of children arriving in reception class are obese. By the time they leave, 19.2% are obese.

The vast majority of adults in England still do not take enough exercise, the data showed. In 2011-12, 36% of adults – 41% of men and 31% of women – took part in some sort of moderate-intensity sporting activity at least once a week for 30 minutes.

Only 43% of children aged 5-16 walk to school and only 2% cycle. A third are driven to school in a car or van. Over three-quarters of children (77%) played competitive sport in school in the last 12 months but only 37% did so outside it.

Amy Thompson, senior cardiac nurse at the British Heart Foundation, said: “These figures hold a mirror to the state of the country’s health – and it is not a flattering reflection. The number of people who are overweight or obese is steadily climbing and unhealthy lifestyle choices are helping us along this path. After our Olympic year, it is a sad fact that only a third of us manage 30 minutes of physical activity once a week, when we should all be aiming for 150 minutes every week to keep our hearts healthy.”