By Tom North, author of True North: The Shocking Truth About “Yours, Mine and Ours” 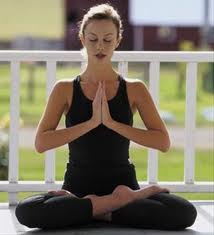 My father, Richard North, died in a Navy jet test flight crash when I was six years old. Fifteen months after his death, my mother, Helen North who had eight children, re-married a man named Frank Beardsley who had ten, making us one of the largest families in the country. We became famous, and our story was featured in the movie, Yours, Mine and Ours. But it wasn’t one big happy family. We had to hide the fact that we were living a lie.

My stepfather was abusive on every level; physically, emotionally and sexually. His constant rage, disapproval and controlling personality left deep emotional scars. And, to make matters worse, our family hid this from the outside world, so we each suffered in silence. The toll I paid was enormous. Lacking any sense of self-worth, it drove me to depression and drugs. I imagine many people will identify with the feelings, even if their home life was not as extreme as mine. But trauma is trauma–whether suffered in a living room or the theatre of war.

As a young adult I discovered meditation. It was my passage out of a deep depression and emotional despair, and I’m here to recommend it as a powerful and effective solution if you cannot get out of the mental patterns that keep you stuck, feeling a victim of past trauma.

Meditation was and still is a vital therapy for my continued survival and healing from a life of child abuse and domestic violence. I still practice it every day, having begun more than 38 years ago.

Meditation is indeed a powerful tool for health and healing on all levels. Research shows that group meditation can produce a radiating influence of peace in society. Recently, Dr. Deepak Chopra sponsored and conducted an online Global Group Meditation for Peace with over 100,000 people participating from around the world. I was happy to be a part of this important event.

This was a tremendous service Dr. Chopra was delivering to the audience, for as he explained, meditation is the key to our connection with ourselves: Our Divine Selves. It is also our connection to the collective consciousness. Studies show that everything in the universe is connected and it is possible to unite people in heart-focused care and intention to facilitate the shift in global consciousness from instability and discord to balance, cooperation and enduring peace.

The Health Benefits of Daily Meditation are Many

The scientific evidence documenting the benefits of Transcendental Meditation, especially for PTSD, which includes child abuse, is conclusive. While there may always be skeptics, it is irrefutable that meditation delivers improvements on every level of life, from stress management to emotional, physical and spiritual balance.

Dr. Norman Rosenthal, senior research scientist at the National Institute of Health (NIH), has published his studies of over 300 experiments that prove the importance and benefits of meditation. This is in addition to the many thousands of published reports that have become available over the last 40 years that have come out of Maharishi University of Management, Harvard University and many others.

– Tom North is the author of True North – The Shocking Truth About “Yours, Mine and Ours” They appeared to be the blissful Beardsleys, the happily blended family-eight of Helen North’s, ten of Frank Beardsley’s, and two children from their union. A family so famous in America that Lucille Ball and Henry Fonda played the parents in the box office smash–Yours Mine and Ours. But they were anything from blissful; in fact they were the beaten and battered Beardsleys. That’s the real hidden story behind the spotlight. And Tom North, Helen’s second eldest son, is now revealing how he survived the ordeal of living with a horrifyingly abusive stepfather that drove him to depression and drugs, and deprived him of his self-worth-and a mother who protected the image of the “perfect” family at all costs. But True North is much more than an inspiring and powerful account of a man who rose to success against all odds. It’s a story of how Transcendental Meditation (TM) brought peace to Tom North and saved his life. It brings to light how effective meditation is as a means for healing trauma survivors and especially those who have endured any form of verbal, physical or sexual abuse. For more information, go to truenorthbytomnorth.com/