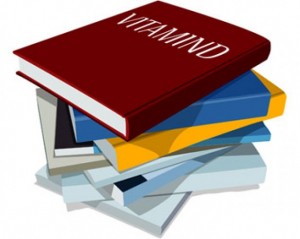 Written by Dr. Eduardo Chapunoff, ‘How Not to Drop Dead! A Guide for Prevention of 201 Causes of Sudden or Rapid Death’ has a blunt and bold goal – to keep readers alive for as long as possible by avoiding sudden and unexpected death. By embracing Dr. Chapunoff’s advice and overcoming ignorance surrounding their own eventual demise, readers from all walks of life can prolong their existence with relative ease.

While death awaits everyone, living for as long as possible is a goal each individual should strive for. To this end, Dr. Eduardo Chapunoff, named one of “America’s Top Cardiologists” by The Consumers’ Research Council of America, and currently the Chief of Cardiology at the Doctor’s Medical Center and its nine facilities located in Miami, Florida, has released a compelling and blunt new book that shows readers how…not to drop dead!

‘How Not to Drop Dead! A Guide for Prevention of 201 Causes of Sudden or Rapid Death’ serves as an entertaining yet wholly-serious guide to preventing some of the most common causes of unexpected demise. While many of the discussed causes of death may appear unavoidable, the author’s experience confirms that individuals have more control over the manner of their death than they think.

Every day, millions of people die from sudden and rapid causes that could easily have been avoided. According to Dr. Chapunoff, the key challenge is to help people overcome the ignorance surrounding these causes and make small life changes to lessen or even eliminate their risk. Death is of course inevitable, but for many people it comes too early.

Dr. Eduardo Chapunoff shares with us again his direct and straightforward writing style with a work of universal appeal that offers a prolific number of lifesaving recommendations. This is the kind of book that addresses every person living in any part of the world. It discusses many causes of sudden or rapid death triggered by cardiovascular disease and other non-cardiac catastrophes. A few such examples: alcoholism, diabetes, asthma, acute allergic reactions, carbon monoxide poisoning, cocaine, heroin, ecstasy and other drugs, strangulation, drowning, scuba diving, selenium deficiency, deaths in athletes, magnesium and potassium deficiency, erotic asphyxia, sex, voodoo death in primitive cultures, penetrating and non-penetrating wounds of the chest and abdomen, sepsis, a variety of aneurisms in multiple locations, medical errors, scorpion bites, shark attacks, death by inappropriate restraining of a violent person, euthanasia, suicide, and many other conditions. There are also special chapters on sudden death in infants and pregnant women.

“The book is very educational, but it’s also highly entertaining in tone. Nobody wants to die in a sudden or tragic way, but educating people on avoiding the risks is no easy task. Therefore, I’ve fused my own medical experience with a light and dignified tone, to engage people and make sure they read the book from cover to cover,” Dr. Chapunoff adds.

To date, the book has garnered critical acclaim. For example, Betty Corbin Tucker comments, “I enjoy the author’s style of writing; it is a combination of wit, wisdom, intelligence and humor. He compiled all the incredible information into one intriguing, life-saving, and indispensable book. This book carries my highest recommendation.”

Sky Sanchez from Sacramento Book Review adds, “Chapunoff’s light conversational voice and writing style lend to a reassuring blend of just the right amount of concern and amusement. Each example is written with an approachable assurance. He is the answer to a call for a physician with a heart and a smile.”

‘How Not to Drop Dead! A Guide for Prevention of 201 Causes of Sudden or Rapid Death’ is available now. For more information, visit the author’s official website: http://www.dreduardochapunoff.com.

He was a Clinical Associate Professor of Medicine at the University of Miami School of Medicine, from 1985 to 1997, Medical Director at a St. Francis Hospital Institute, Miami Beach, and Acting Chief of Staff at the Veterans Administration Outpatient Clinic, Oakland Park, Florida.