A new article from PRWeb, what are your thoughts, please share in the comments section below…. 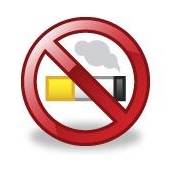 New data, released by the Florida Department of Health (Department), shows that fewer youth in Florida are smoking cigarettes than ever before. In 2014, only 4.3 percent of Florida’s youth, ages 11 to 17, are current cigarette smokers.

There are 59 percent fewer youth cigarette smokers in the state than before the Tobacco Free Florida program launched in 2007. This represents a decrease from 10.6 percent in 2006 to 4.3 percent in 2014.

“Tobacco Free Florida is a nationally renowned program that has set the bar for how other states can reduce cigarette use among young people,” said State Surgeon General and Secretary of Health Dr. John Armstrong. “The state’s steady and significant reduction in youth smoking is saving lives and money, and creating a healthier, tobacco free generation.”

The new data from the 2014 Florida Youth Tobacco Survey (FYTS) found that:

* 7.5 percent of high school students reported current cigarette use, meaning they smoked a cigarette at least once during the past 30 days, a 51.6 percent decrease compared to 2006

* Florida’s 2014 cigarette smoking rate among high school students was lower than the national average of 12.7 percent in 2013, the most recent equivalent national survey

* 2.3 percent of middle school students reported current cigarette use, meaning they smoked a cigarette at least once during the past 30 days, a 65.2 percent decrease compared to 2006

* Florida’s 2014 cigarette smoking rate among middle school students was similar to the national average of 2.9 percent in 2013, the most recent equivalent national survey

In 2006, Florida voters overwhelmingly approved a state constitutional amendment requiring 15 percent of the state’s tobacco settlement fund be used for a comprehensive tobacco education and use prevention program. In 2007, the funding was used to launch Tobacco Free Florida, which is managed by the Department. Tobacco Free Florida’s efforts are supported by community interventions at the county level and a statewide media campaign driven by powerful advertisements that demonstrate the dangers and real-life consequences of tobacco use, encouraging more and more youth to never begin.

The Department’s Tobacco Free Florida campaign is a statewide cessation and prevention campaign funded by Florida’s tobacco settlement fund. Tobacco users interested in quitting are encouraged to use one of the state’s three ways to quit. To learn more about Tobacco Free Florida and the state’s free quit resources, visit http://www.tobaccofreeflorida.com or follow the campaign on Facebook at http://www.facebook.com/TobaccoFreeFlorida or on Twitter at http://www.twitter.com/tobaccofreefla.

The Department works to protect, promote and improve the health of all people in Florida through integrated state, county and community efforts. During 2014, the Department is recognizing 125 years of public health in Florida with educational opportunities and events. Please visit http://www.FLHealth125.gov for more information.