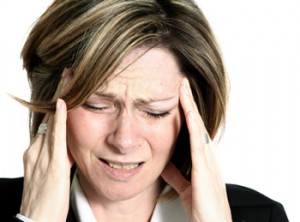 Being in pain is never a pleasant experience, and trying to find a way to get rid of the pain is generally a priority. Many people see acupuncture as a viable option; but is it really effective in relieving pain or does it just have a placebo effect? The fact is that several physiotherapists recognize the value of acupuncture, and receive training in it so they can offer it as a treatment to their patients.

Physiotherapists are not the only professionals who can provide acupuncture services; there are many acupuncture specialists in existence, such as Alban Acupuncture. These specialists are extremely popular with many people who are suffering from problems such as lower back pain and muscular aches and pains. It would seem that acupuncture treatments do offer them relief from their discomfort.

What is involved in acupuncture?

If you have never undergone acupuncture treatment before then you may be wondering what it actually is. The origins of acupuncture lie in ancient Chinese medicine. It is based on the theory that an energy force runs through each person’s body; this force is often referred to as Qi. The channels that carry the Qi through the body are known as meridians. It is believed that pain presents itself where blockages occur, and the Qi cannot run freely. The aim of acupuncture is to remove the blockages so that the Qi can again run as it should.

Traditional beliefs overlap with modern day beliefs as today’s experts have found that there is evidence to support the fact that manipulation of the body’s tissue can help to relieve pain; this happens during acupuncture.

If you undergo acupuncture treatment you will have fine sterile needles inserted into your skin at various points which follow the paths of the channels or meridians in your body. The needles will then be manipulated by the acupuncturist. You may experience a dull ache during treatment. The manipulation of the needles is aimed at releasing the blockages which are preventing the effective flow of the Qi.

Is acupuncture as effective as physiotherapy?

The reason why we asked our question at the outset of this article is that some people do see acupuncture as more of a placebo, and treatments such as physiotherapy as more genuinely effective. The truth is that acupuncture is now considered as more of a mainstream treatment, with genuine benefits. It can often be used in conjunction with physiotherapy in order to provide the best possible treatment to a patient. Many patients have experienced good results from acupuncture sessions when other types of physiotherapy have been less than successful.

It certainly seems that there is far more to acupuncture than just a placebo effect; both the ancient Chinese and today’s experts agree that it has been shown to be beneficial in relieving chronic pain in many patients. There may be some difference in opinion about how this actually happens, but the results are clearly there to be seen.