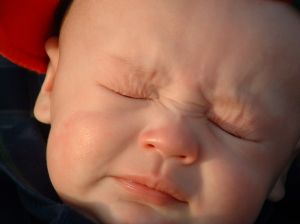 From Your Health Journal…..”An interesting article recently in the Chicago Tribune written by Jessica Tobacman entitled Babies Of Obese Moms Show Lower Vitamin D Levels. Recently, a new study found babies born to women who are obese at the start of pregnancy tend to have one-third less vitamin D than the infants of lean women. Vitamin D is very important to young babies as it helps build stronger bones. The study found that obese and lean pregnant moms had the same levels of Vitamin D, but the babies did not, as the babies born to lean mothers had higher levels of Vitamin D. This is a very well written and fascinating article, as it supports the fact that reducing obesity not only helps a person live healthier, but now, it helps their children. Please visit the Chicago Tribune web site (link provided below) to support Ms. Tobacman’s article.”

Babies born to women who are obese at the start of pregnancy tend to have one-third less vitamin D than the infants of lean women, according to a new study led by a Northwestern Medicine professor.

Vitamin D is important for children because it helps to build strong bones, doctors say.

Dr. Jami L. Josefson and her team measured the vitamin D levels of 61 pregnant women two to four weeks before giving birth at Prentice Women’s Hospital in Chicago. Before pregnancy, the women’s body-mass indexes ranged from obese to normal.

Just after birth, the umbilical cord blood was collected from the babies. For those with mothers who were obese, the blood contained lower levels of the vitamin.

The difference in babies’ vitamin D levels occurred despite the fact that the mothers had similar levels of the vitamin in their bodies before giving birth, said Josefson, an assistant professor of pediatrics at Northwestern and an attending physician at Ann & Robert H. Lurie Children’s Hospital of Chicago.

“We were surprised that obese and lean women had similar levels of vitamin D. It made the analysis and the results more scientifically interesting to look at because the moms’ levels were similar,” she said.

The different levels in the infants could be attributed to the way that the body treats vitamin D, Josefson said.

“It’s a very accepted finding in the literature that obese people sequester vitamin D in fat tissue, which (means) it is not as available for the body. Vitamin D is carried in fat cells,” Josefson said.

The study, titled “Maternal Obesity and Vitamin D Sufficiency Are Associated with Cord Blood Vitamin D Insufficiency,” was published last month in the Journal of Clinical Endocrinology and Metabolism. The research is part of a larger project investigating whether body fat in later childhood and adulthood can be predicted somewhat by body fat at birth.