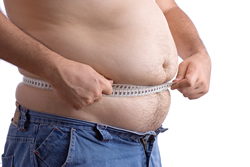 In my previous article here, I shared two scientifically proven ways you can lose weight. I wanted to add 2 more eating habits you can cultivate to help you lose weight.

These habits have also been proven to be scientifically effective and I’ll be including studies to back them up when necessary.

Combined with the tips in my previous article, here are 2 more ways you can lose weight by eating more.

1. Add Protein to Your Meal

Have you ever noticed that you often have a difficult time eating a lot protein?

For example, you’ll find it difficult to consume the same amount of protein compared to grains or cereals.

This is because of the high PYY in protein that makes sure you get sated quickly after consuming a small amount of protein.

According to research findings from Cambridge University and the University of Sydney, recruiting 22 healthy volunteers aged 22 – 51 to live and eat in a science facility, it was observed that slightly increasing the protein in the food of some of the volunteers reduced their chances of gaining weight.

It was also observed that those who consumed 10% protein daily ate on average an extra 1,036 calories over a four-day period compared to those who ate a 15% protein diet.

The reason behind this is scientific. According to a study titled Critical role for peptide YY in protein-mediated satiation and body-weight regulation, the reason for protein being very effective is that “In normal-weight and obese human subjects, high-protein intake induced the greatest release of the anorectic hormone peptide YY (PYY) and the most pronounced satiety”

Surprisingly, another scientific way to lose weight is by spending a lot more time chewing food.

Due to technology and distractions today we spend a lot less time eating; we want to finish eating quickly and get back to our day-to-day activities. Unfortunately, this is very unhealthy for us.

Due to the fact that we rush our food, not only do we increase our tendency to overeat, we also prevent food we eat from being properly digested.

By spending twice the amount of time you spend chewing your food, you increase your chances of getting filled quickly and as a result prevent overeating. You also improve food digestion and as a result reduce calorie intake and become healthier.

This can also be proven by a 2011 study published in the American Journal of Clinical Nutrition. The study, titled Improvement in chewing activity reduces energy intake in one meal and modulates plasma gut hormone concentrations in obese and lean young Chinese men, observed 16 lean men and 14 obese men.

As we can see from the above study, spending more time chewing food you eat could significantly reduce your chances of gaining weight.

This is because you’re more likely to be satisfied after eating minimal food due to how long you spent chewing. You’ll also have chewed your food to the point that digestion becomes very easy.

If only we could monitor and control our eating habits, we’ll be able to lose a lot more weight.