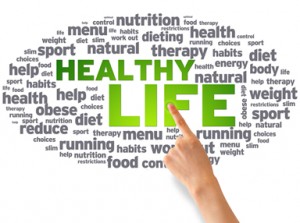 1. Cracked lips could be an indicator of diabetes because blood sugar grows Candida, a yeast-like fungus, in thin-skinned areas.

2. Creamy white patches on the tongue and gums can be signs of thrush, or yeast.

3. Loss of hair at the outer part of the eyebrows can indicate a thyroid problem.

4. Acne on the chin and upper lip is linked to hormone imbalance. This could be an indicator of PCOS, or Polycystic Ovary Syndrome.

5. Unexplained nosebleeds could mean that the blood is not clotting properly due to a lack of vitamin K, protein and prothrombin.

7. A yellow tinge to the whites of the eyes could be a sign of liver problems.

8. A white ring under the iris (colored part of the eye) could be a sign of high cholesterol.

9. The Institute of Cancer says that men whose index fingers are longer than their ring fingers are less likely to acquire prostate cancer.

10. Men whose index finger is shorter than the ring finger may have longer penises.

11. Bad breath could be an indicator of heart disease, tonsillitis, GI disease or cancer.

13. Loss of sense of smell may indicate a predisposition to Alzheimer’s or Parkinson’s disease.

15. A diagonal earlobe crease may indicate a hidden cardiovascular risk.

17. Adult acne is associated with an increased risk of prostate cancer.