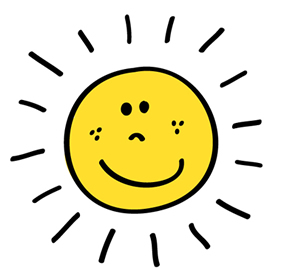 A study by the founder of Sun Safe Soccer reveals nearly two-thirds of children will use shade tents during soccer breaks without any prompting from coaches. The study reinforces a report from the nation’s top doctor encouraging communities and policymakers to provide outdoor shade structures.

With the nation’s top doctor calling for more outdoor shade structures to reduce the rate of skin cancer, a new study by the founder of Sun Safe Soccer reveals nearly two-thirds of children will use shade tents during soccer breaks without any prompting from coaches.

The study, published in the online July issue of JAMA Dermatology, was conducted by Ian Maher, M.D., who developed the Sun Safe Soccer skin cancer prevention program for the American Society for Dermatologic Surgery.

While promoting Sun Safe Soccer, Maher often touts the benefits of shade structures. “However, I was frequently asked, ‘Will the kids use them?’ The fact was at the time there really wasn’t much observational data on the sun safety practices of youth athletes. We needed evidence to see if shade structures were a useful investment,” he said.

His study took place during a soccer camp in Richmond, Va. Sun Safe Soccer and Virginia Commonwealth University donated shade tents, which were set up around soccer fields for two weeks.

Coaches were told to not encourage the players, ages 8 to 18, to use the tents during rest breaks. According to the study, approximately 71 percent of children sought out shade under the tents, with older kids less likely than the younger ones to use them. Hotter temperatures during the first week of the study prompted 98 percent of players to use the tents.

“This study reinforces that shade structures are a worthwhile investment to protect young athletes against excessive UV exposure during outdoor sports activity. If you provide shade structures, the kids will use them,” said Maher.

The results of this study reinforce one of the five recommendations in Acting Surgeon General Boris Lushniak’s report on skin cancer issued July 29. A call-to-action against the rising rate of skin cancer, the report encourages communities and policymakers to provide outdoor shade structures. Other recommendations include doctors encouraging patients to wear sunscreen and schools educating students on the dangers of indoor tanning.

“Many public athletic fields are stripped of shade structures to allow for multipurpose use,” said Maher. “Our study shows that these relatively cheap shade structures will be utilized. Plus they’re quite easy to set up and take down. This would be a step in the right direction to help reduce the rate of skin cancer.”

Skin cancer is the most common form of cancer diagnosed in the United States, with one in five Americans developing some type of skin cancer over the course of their lifetime, according to The Skin Cancer Foundation. Melanoma, the deadliest type of skin cancer, can spread to other organs in the body.

Maher is driven to help prevent skin cancer from his experiences as a dermatologic surgeon.

“I developed Sun Safe Soccer in 2010 after seeing the everyday toll that skin cancer takes on people’s lives,” said Maher. Outdoor sports such as soccer can often be a primary source of sun exposure for many children, raising their risk for developing skin cancer later on in life, he said.

The free Sun Safe Soccer program teaches coaches how to educate players about the steps that they need to take to protect themselves from the sun during games, such as applying sunscreen before putting on shinguards. Coaches can sign up on http://www.asds.net/Sun-Safe-Soccer and download free educational materials. Maher said he hopes the program will foster a healthier soccer community, reduce instances of skin cancer and save lives.

“We have a skin cancer epidemic in our country, and prevention is the only way we’re going to beat this epidemic. That being said, shade is only one piece of the puzzle along with sunscreen and sun-protective clothing,” said Maher.

The American Society for Dermatologic Surgery (ASDS) is the largest specialty organization exclusively representing dermatologic surgeons who have unique training and experience to treat the health, function and beauty of your skin. ASDS members are pioneers in the field. Many are involved in the clinical studies that bring popular treatments to revitalize skin and fill and diminish wrinkles to the forefront. Their work has helped create and enhance many of the devices that remove blemishes, hair and fat, and tighten skin. Dermatologic surgeons also are experts in skin cancer prevention, detection and treatment. As the incidence of skin cancer rises, dermatologic surgeons are committed to taking steps to minimize the life-threatening effects of this disease. For more information, visit asds.net.