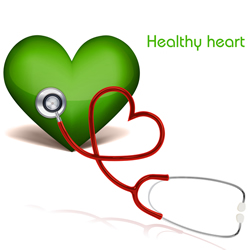 As Bel Marra Health reports in its article, (http://www.belmarrahealth.com/heart-health/flu-vaccine-could-save-you-from-influenza-and-also-from-heart-attack/) it’s almost flu season, which has many looking at the pros and cons of getting the flu vaccine to protect against the nasty influenza virus this year. While fear of needles or other health concerns may weigh heavily on a person’s con list, a recent meta-analysis, published in the October issue of the Journal of the American Medical Association (doi: 10.1001/jama.2013.279206), has just added a significant item to the pro-vaccine list. According to the study, not only could receiving the flu vaccine protect from the influenza virus, but it may also help lower the risk for life-threatening cardiovascular events, such as heart attack and stroke.

Led by Jacob A. Udell M.D., M.P.H., F.R.C.P.C., the researchers from the University of Toronto looked at five published randomized placebo-controlled trials (RCT) and one unpublished RCT that had investigated the influenza vaccine and cardiovascular events. Their goal was to determine if the flu vaccine lowers the risk of cardiovascular events, such as heart attack. In total, 6,735 patients, with an average age of 67, were included in the study. Fifty-one percent of these patients were women and 36 percent had a history of cardiovascular problems.

The researchers then did another analysis on a subgroup of patients that had pre-existing coronary artery disease (CAD). They found that individuals with a history of stable CAD had a reduced risk of adverse cardiovascular events if they received the influenza vaccine (6.9 percent), as opposed to the patients who received the placebo treatment (7.4 percent). Additionally, they found that the reduced risks were even more prominent for individuals that had a recent history of acute coronary syndrome (ACS). These individuals had a significantly reduced risk of suffering from a major cardiovascular event – reduced to a 10.3 percent likelihood – if they had received the flu vaccine, compared to patients who received a placebo or control treatment who had a 23.1 percent likelihood of suffering from a major cardiovascular event.

The results consistently showed that receiving the flu vaccine provided protection against adverse cardiovascular events, with an added benefit for those with pre-existing coronary artery disease. The researchers from the current study plan to conduct a clinical trial, which will follow heart patients for up to a year following vaccination, in an effort to determine the safety and effectiveness of the flu vaccine for heart attack and stroke prevention.

According to an article posted on CBC News on October 22, 2013 (http://www.cbc.ca/news/health/flu-vaccine-may-reduce-cardiovascular-risk-1.2158805), less than half of individuals under the age of 65 with pre-existing health conditions, such as cardiovascular disease, get an annual flu shot in North America. Dr. Kathleen Neuzil from PATH’s Vaccine Access and Delivery program in Seattle reports that the influenza flu vaccine is 40-70 percent effective for middle-aged and older adults. She states that the use of the influenza flu vaccine in this population is warranted, considering that the flu virus causes illness in both those with and without pre-existing medical conditions.

Public awareness of the health benefits of the flu vaccine, especially for individuals that are at a heightened risk of heart attack and other cardiovascular events, is essential. Medical practitioners should be addressing the effectiveness of the flu vaccine with their middle-aged and older patients to help them make informed decisions regarding their health. This will hopefully lead to improved influenza vaccination rates in North America.

Bel Marra Health is the maker of “Heart Rescue,” a high-quality nutritional supplement that helps support cardiovascular health, helps maintain healthy cholesterol and muscle function, and improves circulation. All ingredients are backed with scientific evidence. Every product is tested for safety, quality, and purity at every stage of the manufacturing process. Furthermore, Bel Marra Health products are produced only in Health Canada approved facilities, going the extra mile to ensure that our health-conscious customers are getting top quality products. For more information on Bel Marra Health visit http://www.belmarrahealth.com or call 1-866-531-0466.