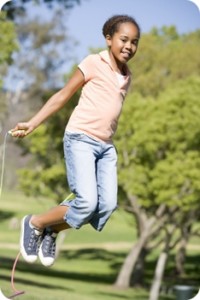 Just wanted to announce the 26th anniversary of Project ACES will be taking place on May 7, 2014. It is never too late to sign up!!!!!

Project ACES began back in 1989 by Physical Education Teacher Len Saunders, of New Jersey. Len wanted to get one school in every state to exercise at the same time on a specific day in May to motivate his physical education classes to exercise. The program was also designed to show the importance of Physical Education in school!

Len began a letter writing campaign to schools throughout the United States to see if they wanted to join in this massive exercise event. Everyone who received his letter thought it was a great idea, and of course, wanted to be part of it. Len received confirmations day after day until every state had a participating school involved. In 1989, ACES stood for “American Children Exercising Simultaneously”, because he never imagined schools outside the United States would participate. The first year of ACES was a huge success. Children from 1200 schools participated in all 50 states and the island of St. Croix. Len just figured he would organize this program in 1989, and that would be the end of it. Little did he know that ACES would eventually turn into an annual worldwide event. Within months of completing ACES 1989, Len started receiving mail for the 1990 ACES event, which at the time did not even exist! Letters continued to pour in from schools throughout the country (almost 500 letters a day) and even from outside the United States. The name could not remain “American Children Exercise Simultaneously” anymore, and became “All Children Exercise Simultaneously” in 1990. The rest is history! 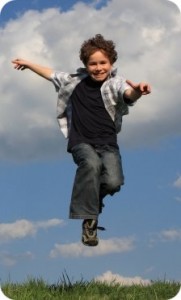 The program has been growing and growing each year. The first year of Project ACES in 1989 had 240,000 children participate worldwide. In the year 2012, the state of Michigan had nearly 500,000 participants. Project ACES is now organized by the non-profit Youth Fitness Coalition, Inc. and managed by Len and HJ Saunders, both of New Jersey.

WHAT IS PROJECT ACES?

Each May, on a designated date and time, millions of school children all over the globe will exercise simultaneously in a symbolic gesture of fitness and unity to show the world that they do not fit into that negative stereotype of being “physically unfit”. This non-competitive program has proven to be educational, motivational, and fun. When Len Saunders created Project ACES back in 1989, he had no idea that it would reach the magnitude and success of today. The program has been praised by Presidents of the United States; such as Bill Clinton, George Bush, and Ronald Reagan. The program has also received praise from Governors, Senators, and celebrities from sports and show business. Starting its 25th year, Project ACES has reached millions of children, parents and teachers all over the world, including participants from over 50 countries.

To learn more about this event, and to sign up, please visit the Project ACES web site by clicking here.