– Courtesy of PRWeb…..what is your opinion? 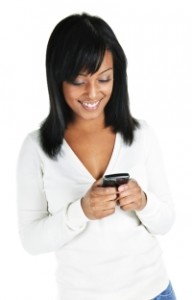 Using text messaging to collect drinking data and to offer immediate feedback and support to young adults discharged from emergency rooms reduced the number of drinks they later consumed and the number of binge-drinking episodes, according to a new study by researchers at the University of Pittsburgh School of Medicine.

Lead author Brian Suffoletto, M.D., an assistant professor of emergency medicine at Pitt, and his colleagues designed the first-of-its-kind trial, funded by the Emergency Medicine Foundation (EMF), the grant arm of the American College of Emergency Physicians, to see if mobile phone text messaging—ever-present among college students—could be used to effectively collect drinking data, deliver feedback and change drinking behavior in young adults. The findings will be published in the August 2014 issue of Annals of Emergency Medicine and are now available online.

“Each day in the U.S., more than 50,000 adults ages 18 to 24 visit hospital emergency departments, and up to half have hazardous alcohol-use patterns. More than a third of them report current alcohol abuse or dependence,” said Dr. Suffoletto.” The emergency department provides a unique opportunity to screen young adults for drinking problems and to intervene to reduce future risk.”

In the study, the researchers conducted a randomized trial of a text messaging-based program involving 765 young adults who were discharged from four urban emergency departments in western Pennsylvania.

Participants were randomized to three groups. One received a series of standard, automated text-message queries each week about their drinking plans for the weekend, with a follow-up report on their actual consumption. If they reported anticipating a heavy drinking day (more than five drinks during any 24-hour period for men and more than four for women), participants received a text message expressing concern about those levels and asking if they would be willing to set a goal to reduce drinking for the week. Those who said yes then received messages expressing positive reinforcement and strategies for cutting down. Those who refused to set goals received a text message encouraging them to reflect on the decision (for example, “It’s OK to have mixed feelings about reducing your alcohol use. Consider making a list of all the reasons you might want to change.”). A second group received a text-message query about total alcohol consumption but did not receive a pre-weekend message or feedback. The control group did not receive any text messages.

At three months, participants who were exposed to the text-message intervention had decreased their dinking occasions by 1-2 per month from their baseline of 3-4. Nearly 15 percent of the intervention group reported no drinking occasions at all. The assessment-only group, however, increased drinking over the course of the study, which is inconsistent with prior studies showing a reduction in drinking in patients that undergo assessments, the researchers noted. They speculated that the frequent text messaging might have raised the awareness of alcohol use by the participants and improved the accuracy of their responses.

“There is a lot of talk about mobile health intervention but not a lot of evidence. This is one of the first to test mobile intervention and demonstrate the impact it can have in helping patients make healthy decisions,” said Dr. Suffoletto. “Emergency departments could implement a similar automated program at a minimal cost and possibly save the lives of young adults nationwide.”

About the University of Pittsburgh Schools of the Health Sciences

The University of Pittsburgh Schools of the Health Sciences include the schools of Medicine, Nursing, Dental Medicine, Pharmacy, Health and Rehabilitation Sciences and the Graduate School of Public Health. The schools serve as the academic partner to the UPMC (University of Pittsburgh Medical Center). Together, their combined mission is to train tomorrow’s health care specialists and biomedical scientists, engage in groundbreaking research that will advance understanding of the causes and treatments of disease and participate in the delivery of outstanding patient care. Since 1998, Pitt and its affiliated university faculty have ranked among the top 10 educational institutions in grant support from the National Institutes of Health. For additional information about the Schools of the Health Sciences, please visit http://www.health.pitt.edu.

…..The Your Health Journal web site is for advice and information purposes only. It is meant to be an educational site. Opinions expressed by other individuals on this web site through guest posts or comments does not mean the creators of this website support their opinions or products.