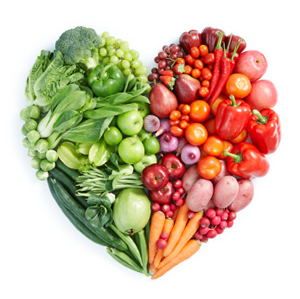 A new vegetarian fast-food concept is launching in San Antonio this summer. Named Earth Burger, the new drive-thru and dine-in restaurant will be located in Park North Shopping Center, at the corner of IH-410 and Blanco Rd.

Behrend continues, “Earth Burger will be better for you and the environment. As we developed the concept, we were pleased by the results in our community taste tests. Overwhelmingly, the community is choosing our ‘Earth Burger’ over a leading fast food restaurant cheese burger.”

Part of those taste tests can be viewed in Earth Burger’s Kickstarter video.

Earth Burger launched a $40,000 fundraising campaign via Kickstarter because they want to allow the community to take ownership of this new venture. “Opening a new restaurant concept is expensive,” said Behrend. “We want to be the first to launch this concept in Texas – however we need help to make this happen.”

Money raised will be used towards signage and equipment for the new fast-food concept. Earth Burger is expected to open early summer 2014.

Earth Burger will focus on a healthier version of fast food. Their beefy patty alone — served on a whole wheat bun with secret sauce, mustard, lettuce, tomatoes, pickles and onions, has 61% less calories (130 cal.) versus a beef burger (330 cal.) at a leading fast-food chain.

Every item on the menu will be vegan, unless organic cheese is requested on the burgers. Various burgers, sandwiches, wraps and chick-n tenders will be offered. An organic, gluten-free and soy-free burger will also be included on the menu. Kid and adult friendly sides will include fries, hummus and carrots, kale salad, edamame, apple slices and string cheese. Drinks will include tea, chia fresca lemonade, organic sodas, and coffee.

Green Vegetarian Cuisine opened in 2007, and has grown to 3 locations in San Antonio and Houston. Between the three restaurants, Green serves 30,000 vegetarian meals monthly.

For more information about Earth Burger and Kickstarter, visit http://EatAtEarthBurger.com.