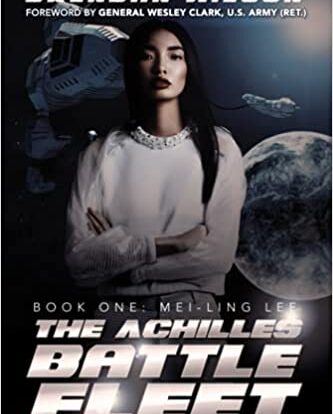 An interview with Author, Brendan Wilson ….

What is your name?

What is the name of your book?

Why did you get into writing books?

In feel like I have a creative urge and also an imagination that want’s to express itself. I have written professional articles and publications for much of my career. When I approached retirement, I felt like I wanted to do more on a personal, creative level.

What advice can you give young authors?

I’m so new at this, I’d hesitate to give advice to others just starting out. But is a general sense, my advice to young people is to have confidence in your goals, don’t let anyone discourage you. The philosopher Epictetus wrote, “If you want to write, write.” I can’t improve on that.

What is your book about and what inspired you to write it?

The novel is about a group of military people who are caught in the eruption of a galactic-level surprise attack followed by a war against an unknown enemy with a seemingly impossible technological advantage. When their rag-tag convoy of spaceships carrying civilian refugees is attacked and disabled, many of their friends and colleagues are killed, along with almost all of the convoy’s leadership. An older rear admiral, long past his prime, takes charge of the survivors and gets them working together not just to survive, but to take the attack to the enemy. The admiral’s aide, Lieutenant Mei-Ling Lee, is thrust into a key role in the preparation for the upcoming offensive. As the conflict continues, she is forced to draw upon her martial arts skill and her inner strength as she fights alongside the fleet’s marine commando unit. In the desperate war that follows, Lee struggles with a budding romance, new friendships, and startling betrayals, to become the warrior she was meant to be.

Any other information you want to mention that fits the theme of the article?

Writing the novel was fun, and I believe it will be fun to read. General Wesley Clark, the former NATO Commander reviewed the book and wrote, “Readers will take from Brendan’s novel an understanding that individuals make a difference, that character counts, and with courage and competence, history is made.”

Link where your book can be purchased.

It’s available on Amazon through this link – Click here